The Donaldson family has been farming in Hackettstown (Warren County), New Jersey since 1906. As story has it, the farm began as a small operation with some livestock and crops after being traded for a two family home in West Orange, New Jersey. During the first two generations, the farm grew into a 114-acre dairy, potato, hay and grain farm.

Lewis Donaldson, the third generation on the farm, remembers when the farm was almost destroyed by a fire in 1940. He was just seven years old when a thunder and lightning storm rolled into town. A lightning bolt struck the cattle barn just after it had been loaded with wheat sheaves. The devastating bolt hit the hay track which immediately set the barn on fire. Cars were parked everywhere on the very rural lane and blocked access for the fire trucks. The Donaldson family was left to extinguish the fire on their own and succeeded. Remarkably, only the barn was lost. Not one person was injured and the cows had been out to pasture at the time. Following the fire, the family had to milk cows out in the open until a new barn was built.

The Farm Continues to Grow in the 1960s

In the late 1960s, the farm continued to grow. Lewis’ siblings followed careers outside of agriculture and Lewis expanded the business to 260 acres with the help of his wife, Helen, their four sons, Gary, David, Bob, and Greg, and their two daughters, Debbie and Donna. They kept 100 dairy cows and grew hay and grain.

As Lewis and Helen’s children finished school, each chose his or her own path. Debbie and Donna eventually followed paths that led them both to successful careers in the medical field. Gary rented 1,200 acres nearby and raised mostly grain. David continued dairying and also dreamed of opening a greenhouse operation. Bob initially left the farm and become the Vice President of Agricultural Lending at a prominent bank in Pennsylvania, but returned to the farm after David had developed a greenhouse operation. Bob had also desired to become a nurseryman, but tragically, he passed away after a sudden illness.

The Fourth Generation at Donaldson Farms 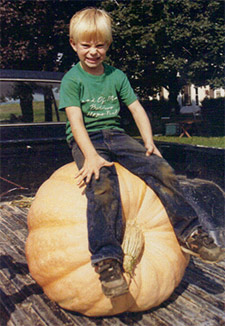 Earlier, at the young age of 14, Greg Donaldson was given a small plot of land to farm as he pleased. He grew potatoes and Indian corn and used his father’s pick-up truck as his first farm stand. His Dad advised him against the potato idea saying that it wouldn’t be a profitable venture. Catching them both by surprise, potato prices climbed to a record high that harvest season and Greg learned to farm by his instincts.

Greg almost left the farm in the mid-1980s after completing high school. He took a part-time corporate job, in part to explore an interest in mechanical drawing, but the pull of the family farm was too strong and after one year Greg returned to the farm to resume his farm stand. “I got a good idea of what it was like,” he says, “and I found out that I wanted to be on the farm and not in an office.” 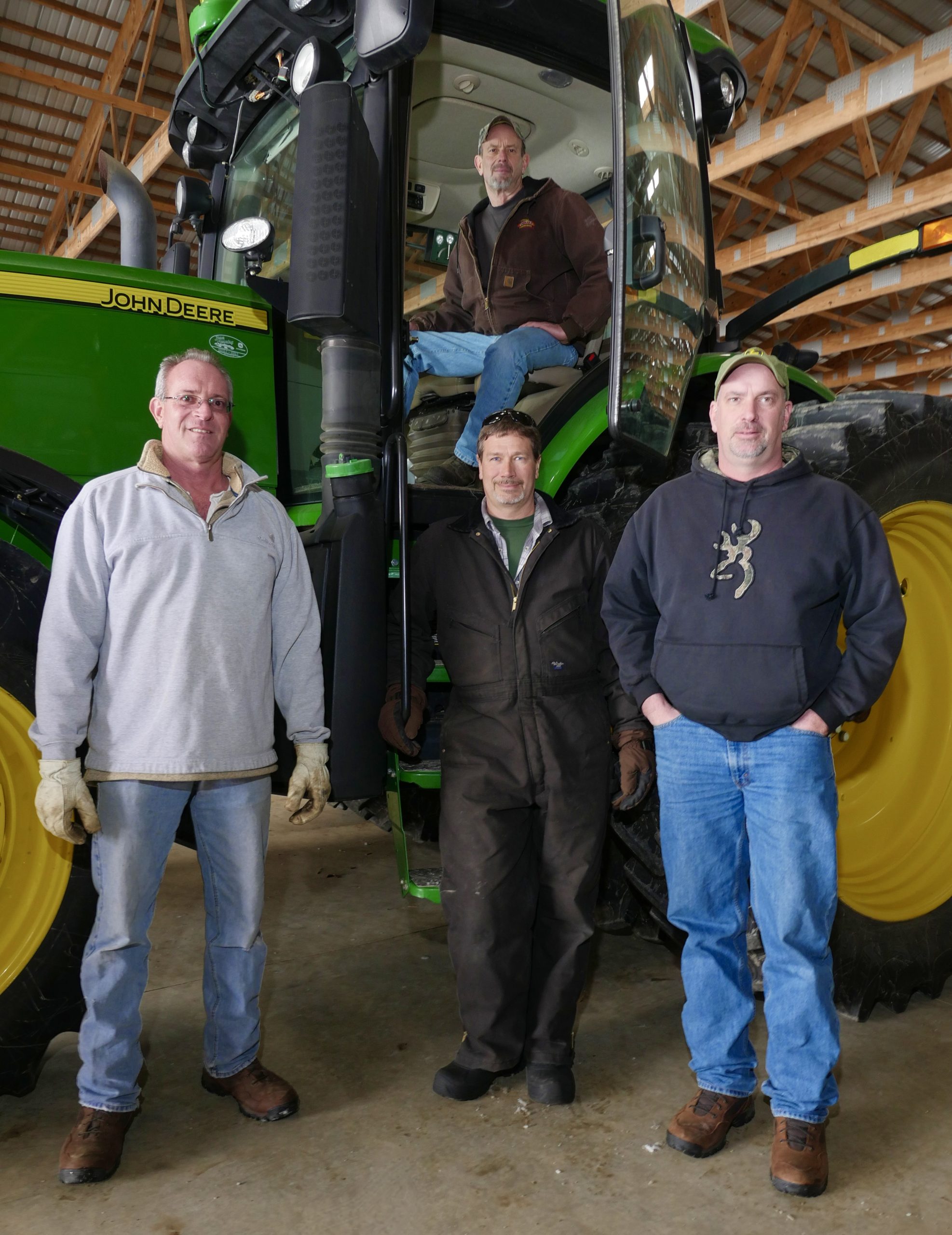 In the 1980s, the New Jersey dairy industry was struggling, and selling milk was no longer profitable for the family. The farm then switched gears and became a diversified operation that included field crops, a greenhouse & nursery, and fruits and vegetables. Lewis and Helen’s sons each took on a different responsibility for the farm. Gary continued to develop the field crop business and grow wholesale fruits and vegetables. (Today, he farms with the added support of his son Justin and his cousin, Jeff Donaldson.) David focused on the Greenhouse & Nursery on Airport Road.

The Farm and Market Today – A 5th and 6th Generation 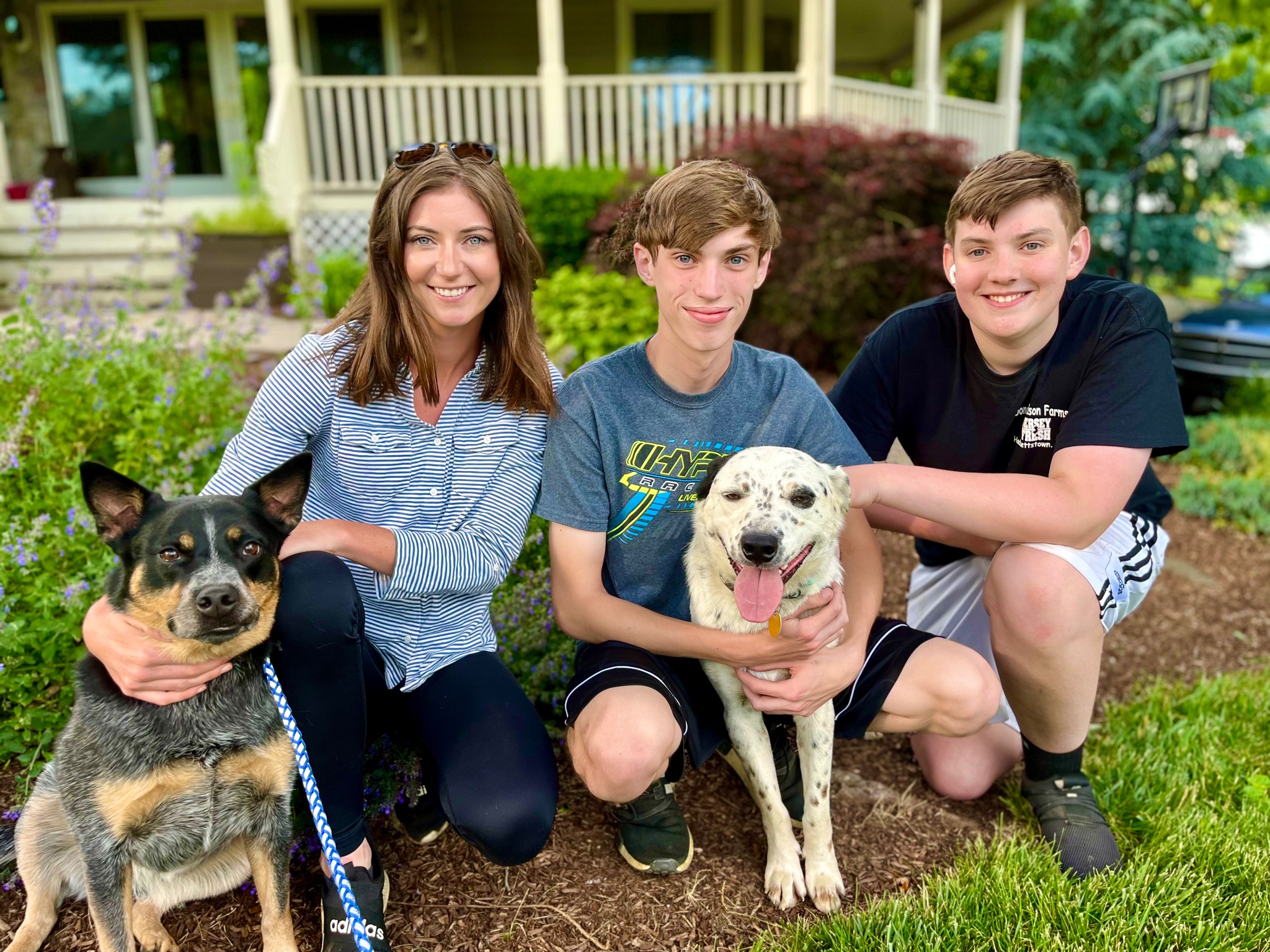 Greg expanded his successful retail fruit and vegetable production and the farm stand. In 1991, the small stand grew into the retail market that we refer to today as the Farm Market on Allen Road.

Today, Lewis and Helen remain active on the farm, but the day-to-day operation of the farmland and farm businesses is left to their sons. Donaldson Farms now consists of about 500 acres in Hackettstown and the family leases an additional 500 acres, of which approximately 400 of them are dedicated to raising fruits and vegetables.

Lewis and Helen’s fourteen grandchildren, the fifth generation on the farm, are part of the changing landscape at the farm. Some are off to college and some working on the farm. Others take in the view of daily activities from behind the steering wheels of their four-wheelers or bicycles. 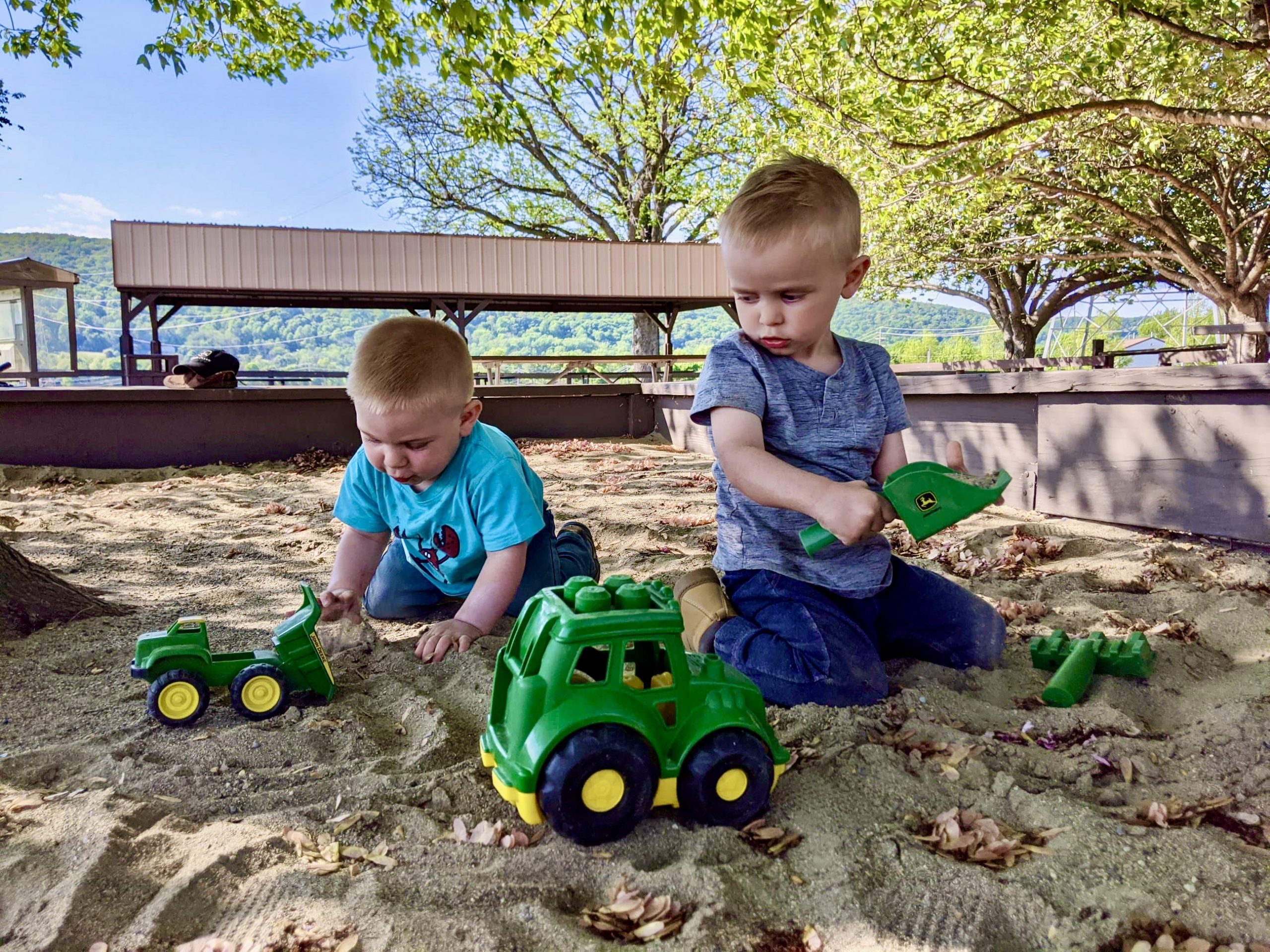 Sandbox fun at the farm market.

The 6th generation is growing right along with the crops. While they are infants and toddlers, Lew & Helen’s great-grandchildren already hold a love of the great outdoors and enjoy watching their family and farm staff take on the daily farm chores.

Seasonal visits to Donaldson Farms have become an annual tradition for families and friends, both in and far beyond the Hackettstown community. The visitors look forward to the beautiful scenery and the simple charm of spending the day outdoors. On fall weekends, the Farm Market has hosted up to 7,000 guests. Seasonal pick-your-own activities, festivals, and agricultural education events welcome new and familiar faces. The Greenhouse & Nursery is a favorite spot for customers looking for expertise, quality services, and a variety of products. The Wholesale Operation continues to provide quality produce to retail establishments, grocery stores, tailgate markets, and other farm markets in the tri-state area. 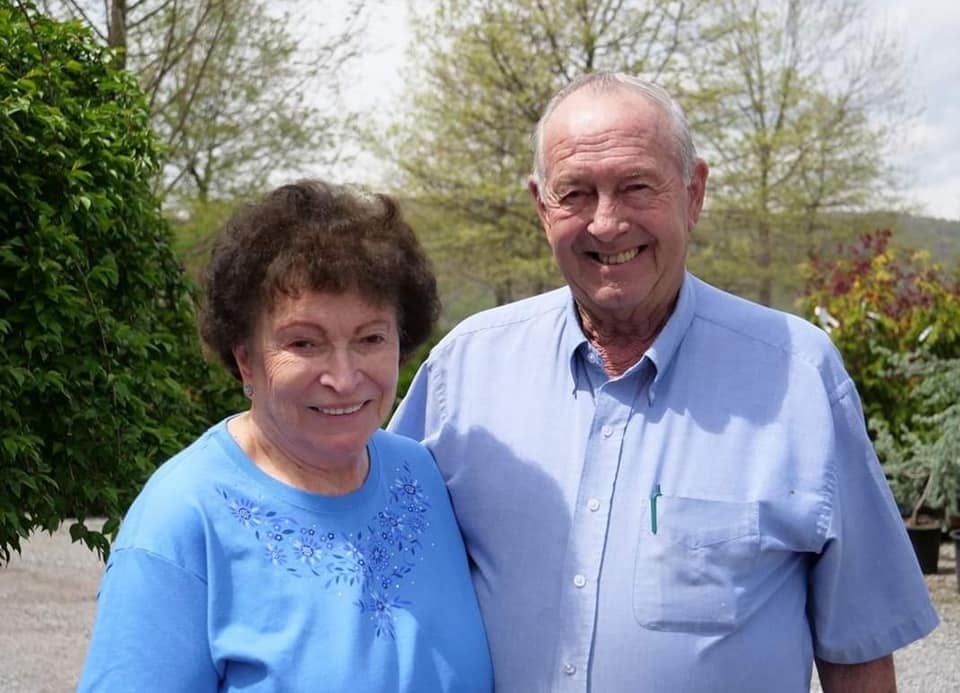 The Donaldson Family takes great pride in their farm and their heritage. They are dedicated to maintaining their reputation as a well-respected neighbor and businesses in the community. The Donaldson tradition of commitment to farming and to their community will continue with the next generation.

CURRENT HOURS:
Re-opening in the spring. See you then!
[View all hours]